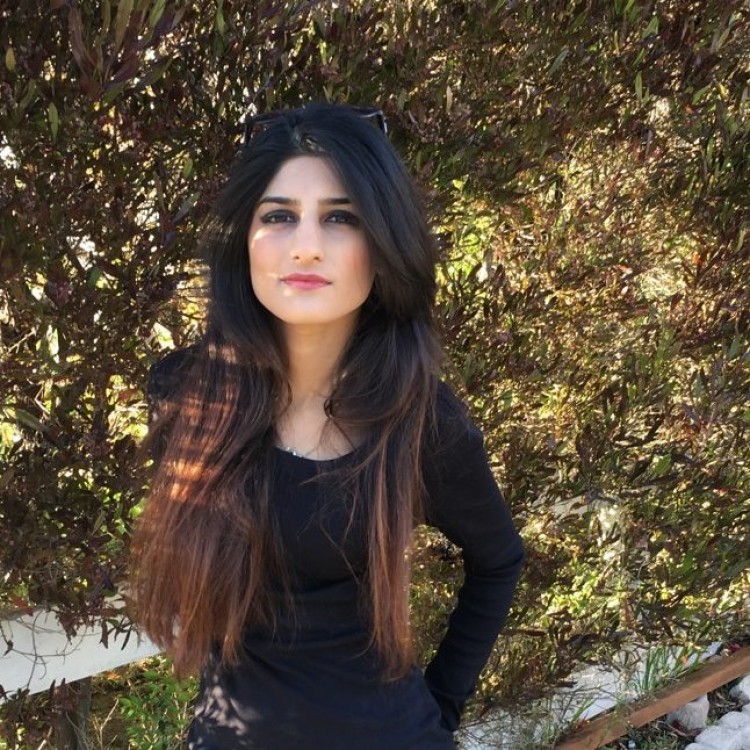 United States: #ONO Recently graduated from Loyola Marymount University with a Bachelor's of Communications. Currently I am seeking entry-level positions in the entertainment industry. 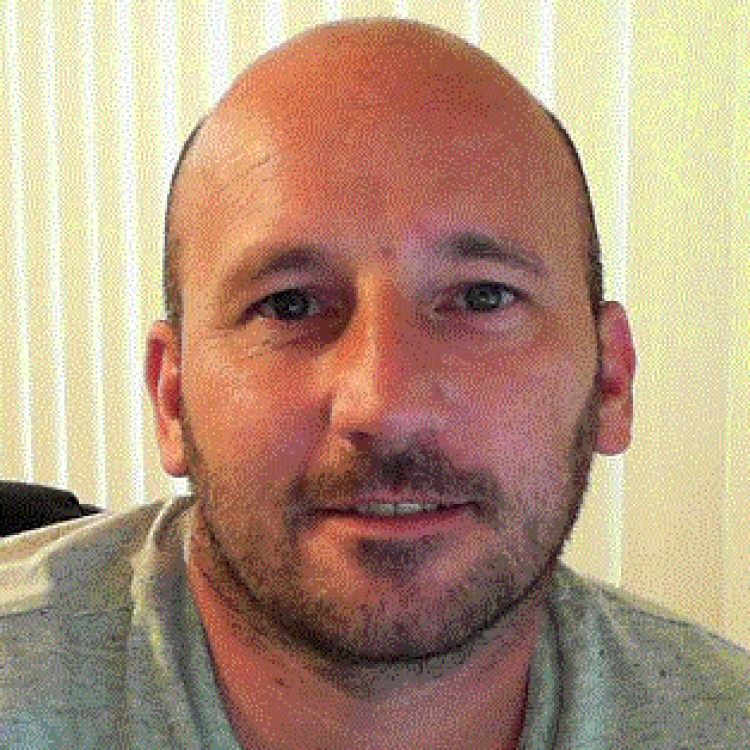 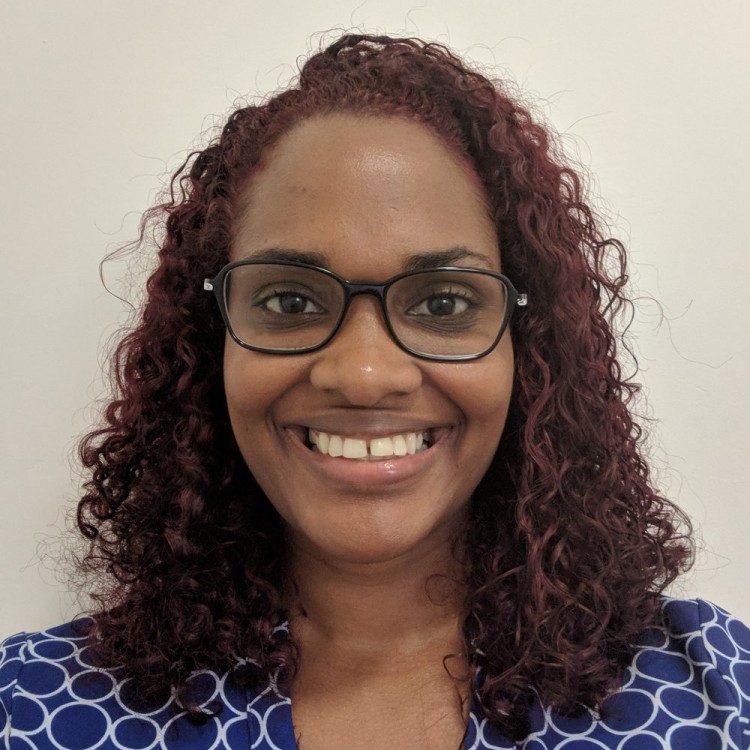 Trinidad and Tobago: I'm a lover of everything travel, books are where I get lost and volunteering is my life. I believe that life is about giving and it's what I've dedicated my all to. Learning and growing are also elements that I am passionate about so you can usually find me attempting to develop myself in some way, then sharing the information with anyone who will listen. Sustainable change is #trending in the world and I'm all for it. Let's all Be the Change! 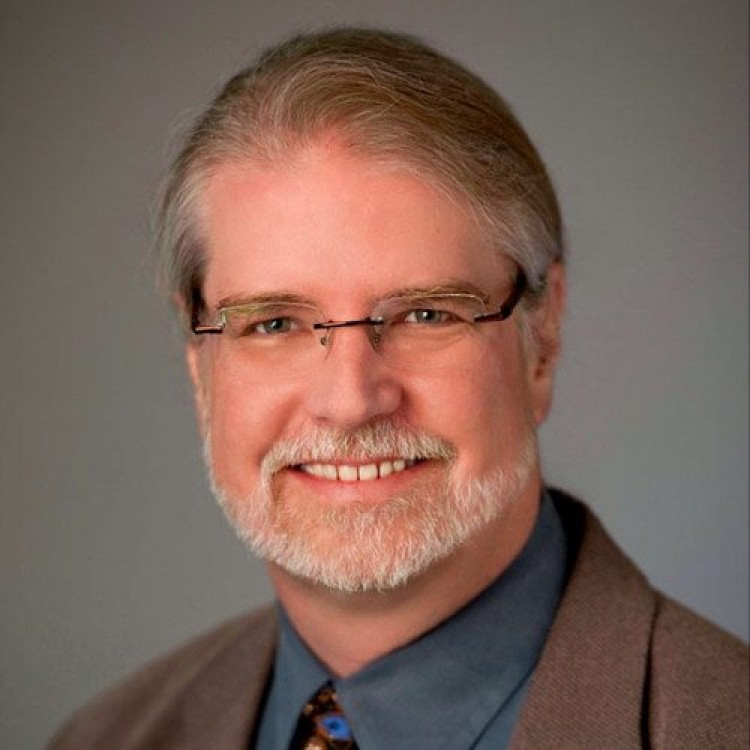 United States: Focused professional offering 25 years of experience in general management, client management, accounting, customer relationship development and sales looking for new opportunities. Accomplished in providing unsurpassed support to demanding customers in the development, architectural and construction industries. Passionate about improving numbers, enhancing knowledge and exceeding expectations. Essential in growing my previous company from a traditional blueprint shop of 20 employees in 1998 to expanding our services and digital offerings in order to grow the company to over 50 employees in 2019. 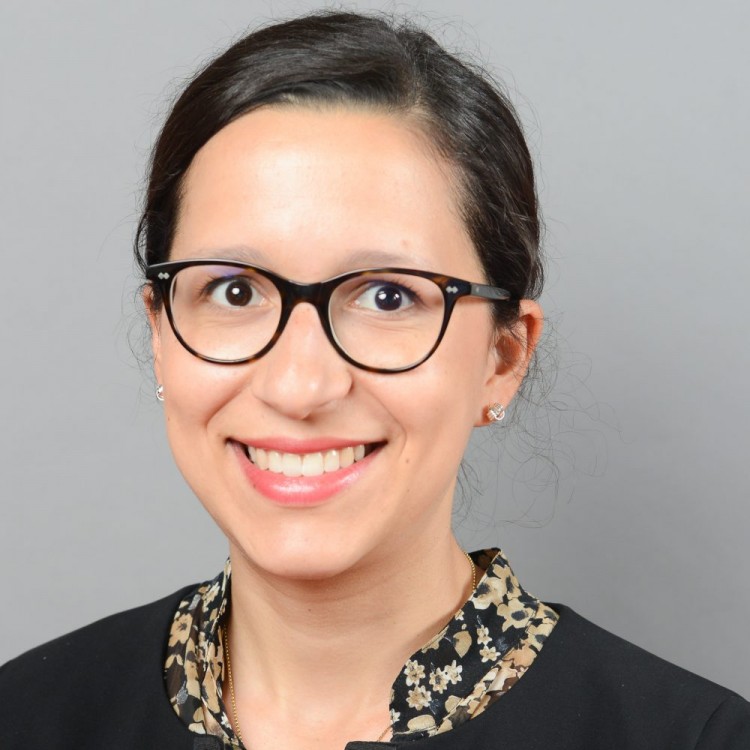 Germany: I am an energetic professional, with 6 years of experience in competitive and cutting-edge chemical research, including a Max Planck Institute and large-scale international facilities. I work independently with strong enthusiasm and multitasking abilities, as evidenced by the development and successful management of ambitious research projects, including challenging and time-constrained international projects at synchrotron light sources that resulted in 6 peer-reviewed publications in international journals and 2 more in preparation. I deeply enjoy working in international groups and I am an active promoter of intercultural and multidisciplinary collaborations that resulted in fruitful new international cross-functional collaborations for every undertaken project. I have proven my leadership abilities by guiding young students and leading teams of scientists under extreme time pressure while conducting highly expensive experiments at large international facilities. Actively looking for new opportunities in R&D in Europe. Looking forward to connect with scientists from different fields. Let's connect! ► natlevin@gmail.com ◄ 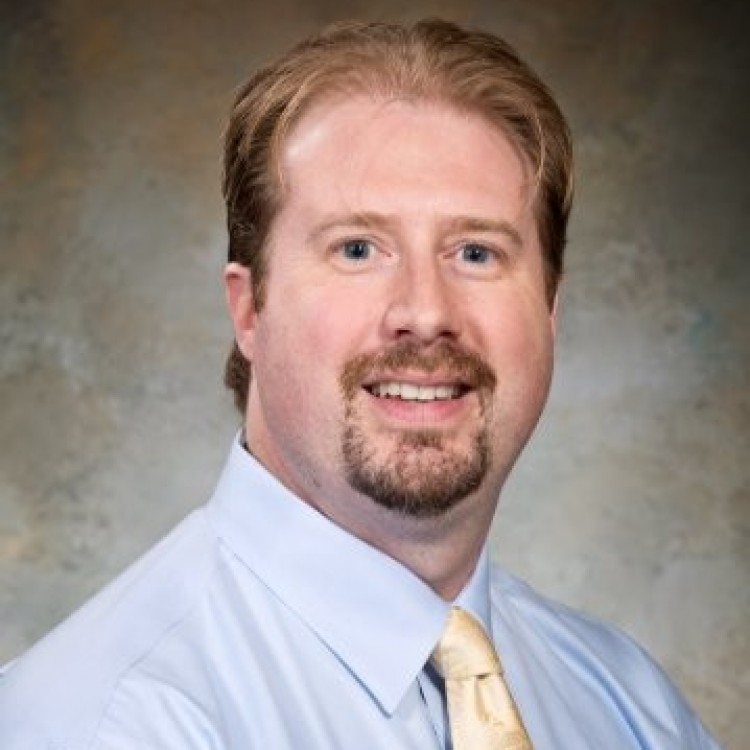 United States: Hello, I have spent the past twenty-plus year guiding complex food, beverage, and retail operations across a broad spectrum of the hospitality industry. My past successes range from multi-million dollar restaurant and catering operations to contracted food service across the healthcare and sports and entertainment sectors. I have worked with some of the most iconic brands in sports including the New York Yankees, Dallas Cowboys, Live Nation, New Jersey Devils, St. Louis Cardinals and Miami Marlins. I look forward to working with you next. Quite simply, I get operational results. I will successfully analyze your operation, meticulously evaluate what works, and what does not work well, and implement a strategy that will take your business from the red back into the black. Are you struggling with staffing, training, operational efficiency, menu creation, costs are running out of control, profit margins are nonexistent? Together we will create a plan to place you back on track and create raving loyal repeat customers for your business. Please reach out and let's talk about a strategy to get your business back on track. I look forward to teaming with you to create a dyn 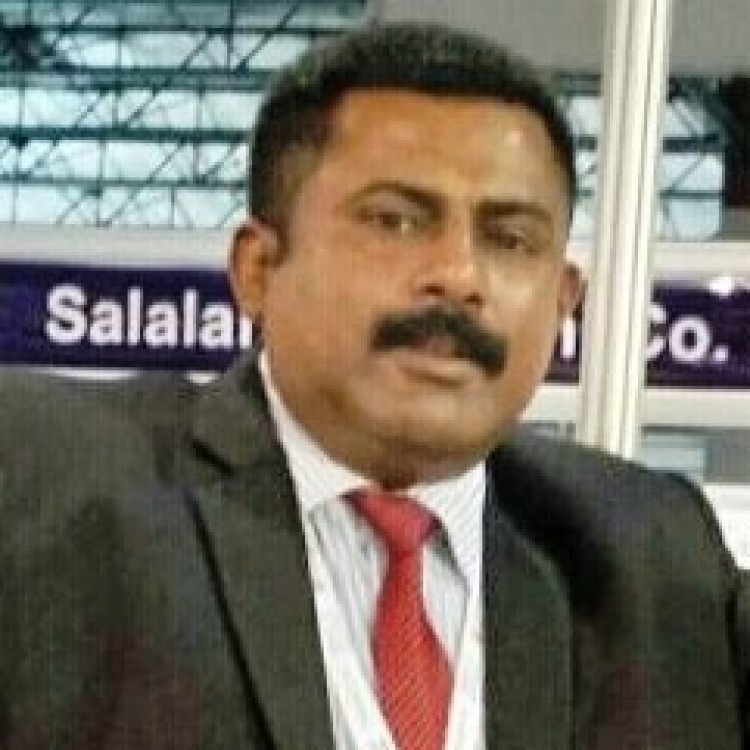 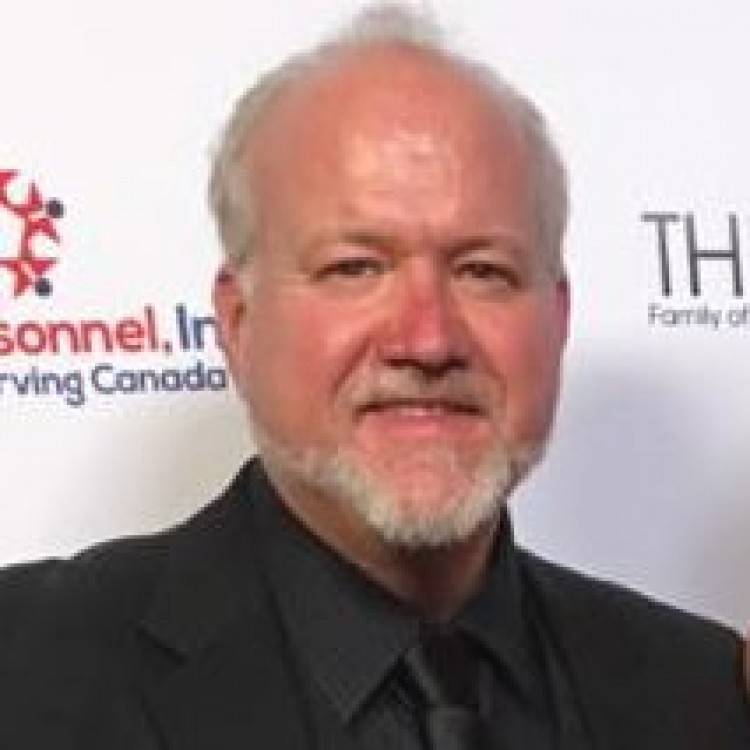 United States: As a Producer, Director, and Writer my job is to look at the world through a lens of creativity and innovation. This look through the lens has taken me from coast to coast and around the globe. Whether in the jungles of mainland China producing feature segments for Concordia University, the streets of New York coordinating multiple freelance production crews on a series, or in the Hollywood Hills of Los Angeles directing a live awards show with A list performers; the lens has shown me a world full of texture, story, and possibilities. I have always been passionate about the narrative in crafting content for broadcast and web. This passion has allowed me to write, direct, and produce in a variety of genres that include; commercial ads, promotional pieces, features, long and short form documentaries, bio videos, network productions, series, educational, health, insurance, technology, and corporate communications. Managing production crews, vendors, and talent throughout the phases of production while providing creative input, strategy, and oversight to multiple teams is a foundation of my work. Researching topics and conducting in-depth interviews, developing stra 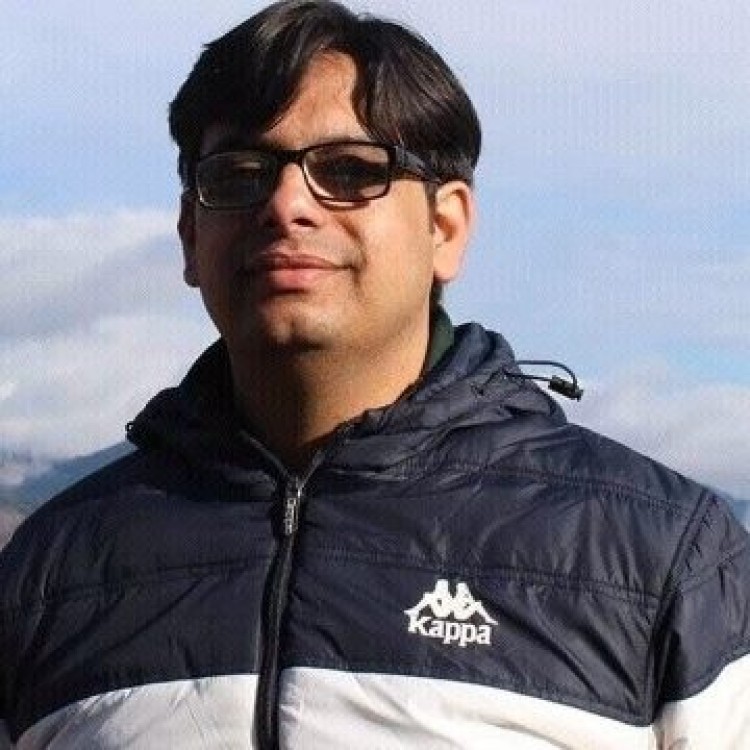 Azerbaijan: I am 26 year old Engineer in with more than 5 years experience Oil and Gas Industry with background in Pipelines Engineering. I am holding MBA degree in Operations Management from ADA University (Azerbaijan Diplomatic Academy). I am currently looking for a job in Project and Operations Management. 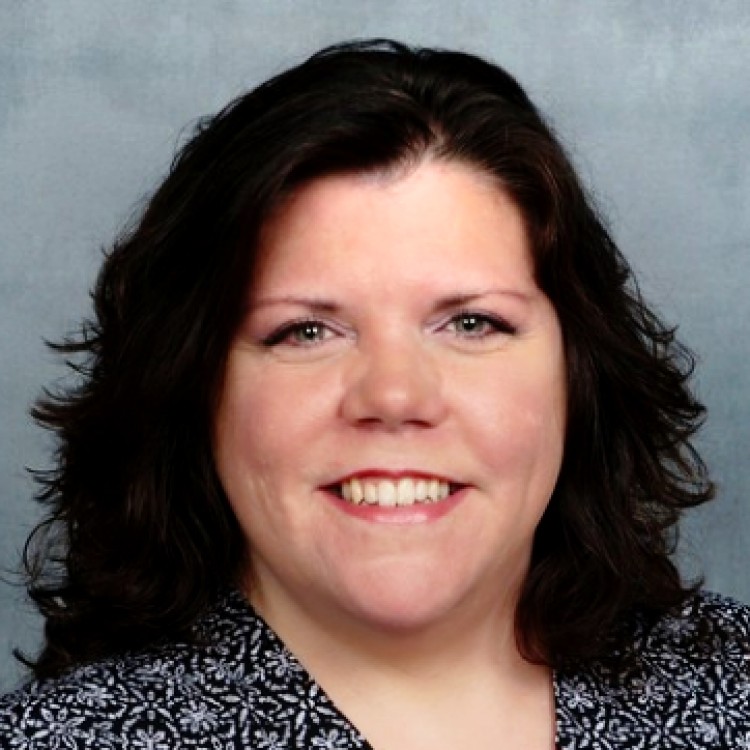 United States: A passionate and dynamic IT innovator who is empowering independence and inspiring the next generation of project management leadership. A visionary who is rethinking what's possible and envisions changing the business world through innovation and mentorship. Applies extraordinary business acumen in pushing the boundaries of what's possible. 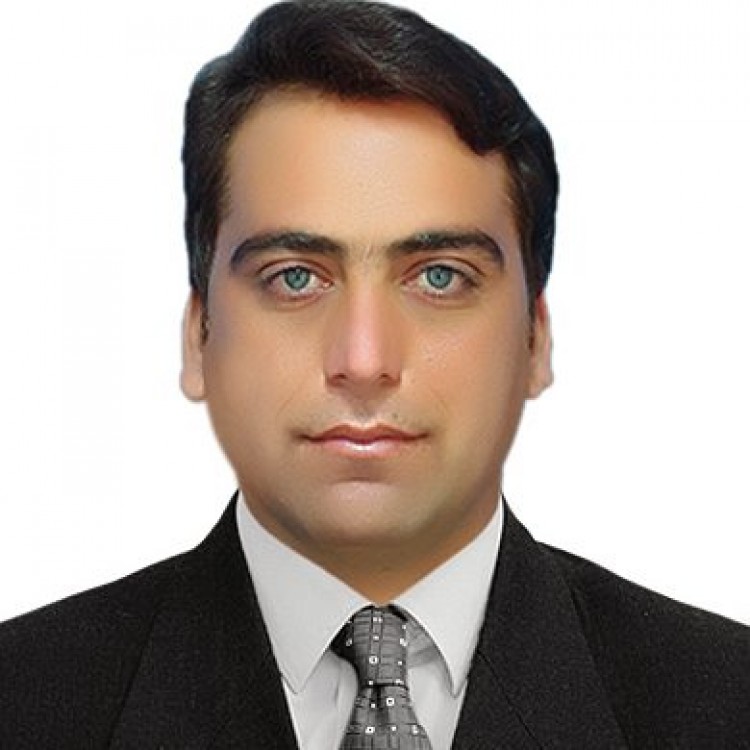 Pakistan: Young in years, a highly self-motivated and ambitious individual who always stays abreast of his field in different aspects, and understands his responsibilities and contributes greatly in project completion successfully and timely. I am creative, innovative and willing to contribute ideas and professional opinion to any project. I am determined individual who possess a great desire to contribute to the ongoing success of any business. I started my bachelors in Business Administration in one of the top university of KPK on the basis fully funded scholarship offered by Higher Education Commission (HEC) of Pakistan. I had always had a busy life studying and working, which I wanted. I have a solid background of Sales and Logistics with basics of Finance which give me an edge in various sectors. Due to my experience in sales and logistics, I can handle sales department and logistics department anywhere around the world. I am fluent in 3 languages, traveled to different parts of the country. I am exposed to different cultures and have easily adopted it. Being a strong communicator and negotiator, I can easily retain clients and other stakeholders. My career in Sales and es 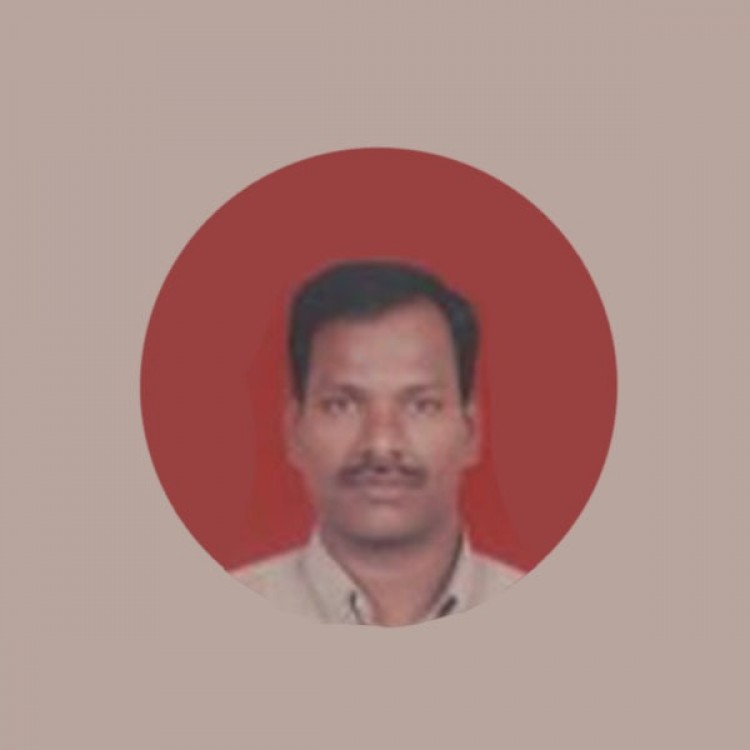 India: To associate with an organization, where-in I can contribute my role in achieving organizational objectives utilizing my knowledge, experience and multitude of skills. 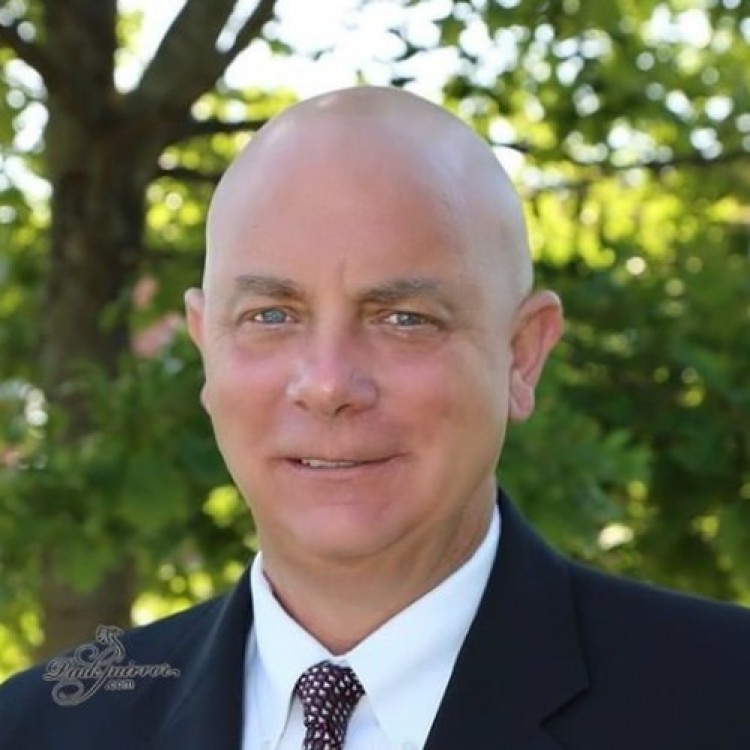 United States: Contact: smcroni@gmail.com I am an award winning, sales and management professional with proven success in medical and pharmaceutical sales. Providing value and solutions to internal and external stakeholders is my passion. I am guided by an internal hunger and desire to succeed. I have consistently ranked in top 20%, in sales forces ranging from 140 to 450 representatives. Involved in multiple product launches. Polished presentation skills in group and one on one environments. Managed teams from 5 to 35 associates. I have sold and exceeded expectations in multiple disease states and therapeutic areas to include, Allergy, Respiratory, Diabetes, Dermatology, Cardiovascular, Cholesterol Management, Ocular Anti-infective, Urology and Osteoporosis. Call points have included hospitals, specialists, emergency room, catheterization lab, hospital and retail pharmacies, community organizations, long term care, skilled nursing facilities, and primary care. Reorganized multiple times 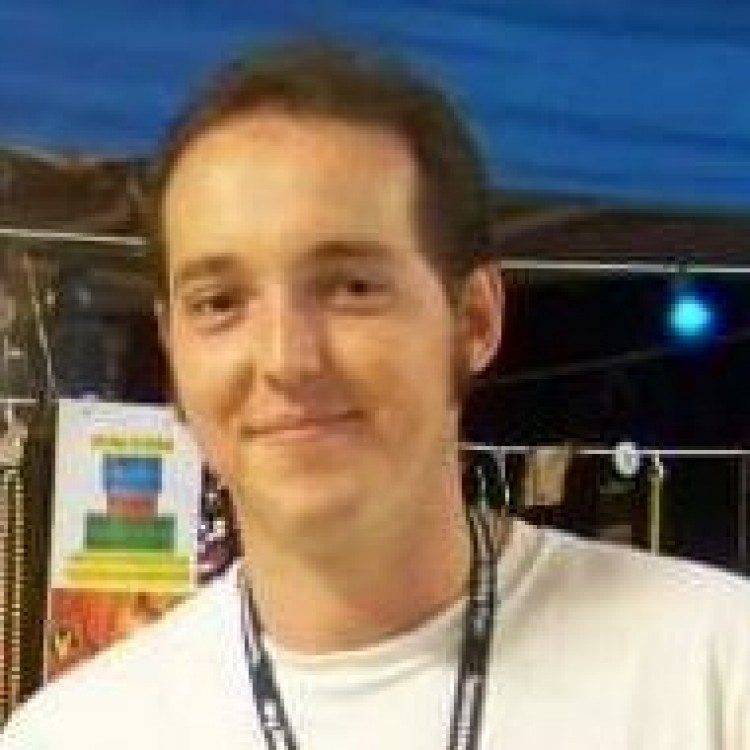 United States: Self-motivated individual bringing proven leadership, organizational and customer relations skills. Independently solved problems and kept teams on task to handle diverse business requirements. Seek to bring abilities to dynamic, growth-oriented position dedicated to business and customer success. I possess an analytical mindset, so an analyst or auditing type position would work well for me. I am interested in pursuing another degree, either Bachelor's or Masters. I am also interested in relearning French and learning other foreign languages. Specialties: government liaison, sales, analyst, audit 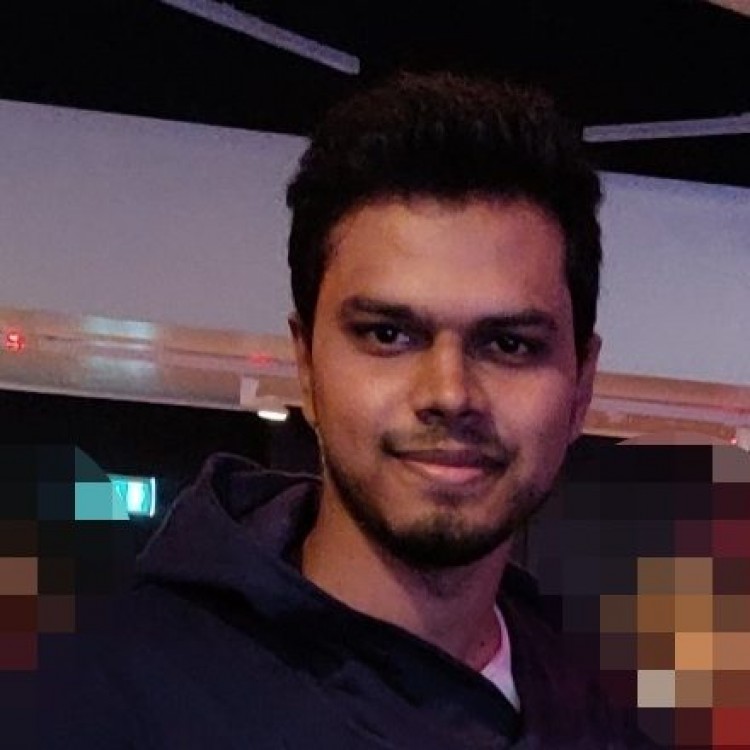 India: I am an enthusiastic, adaptive and fast learning person with a broad and acute interest in Quality Control, QA, synthetic techniques, Chemistry or any Master's degree (even fresher) related Jobs in Abroad (Outside India). I have Good Experience in handling GC, HPLC, FTIR, UV, K.F titrator, measuring LOD and pH with calibration in a cGMP and cGLP environment. I have good experience in interpretation of NMR, FTIR, HPLC, GC, MS and UV. I particularly enjoy collaborating with scientists from different disciplines to develop new skills and solve new challenges. I am ready to relocate worldwide, and I love to travel, I am actively looking for jobs to join immediately. 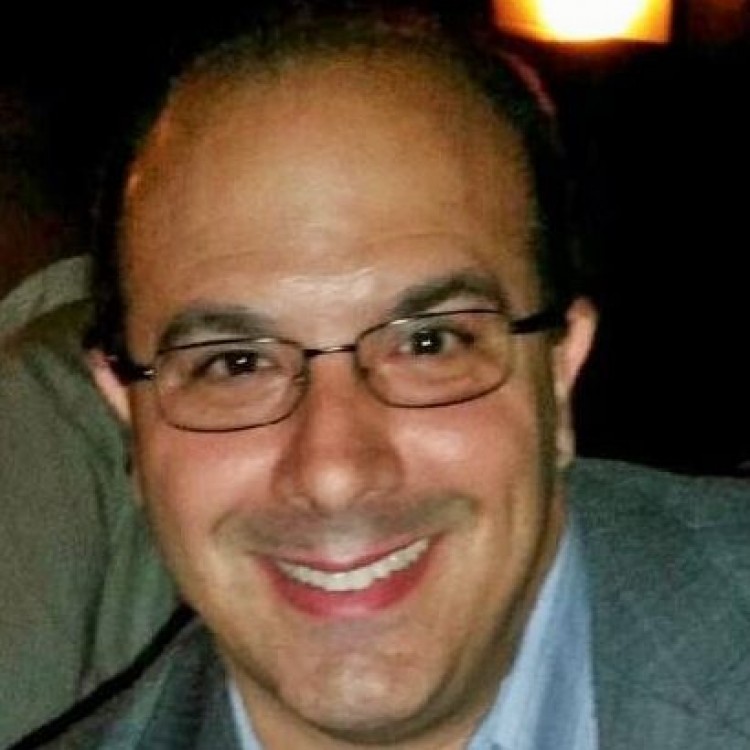 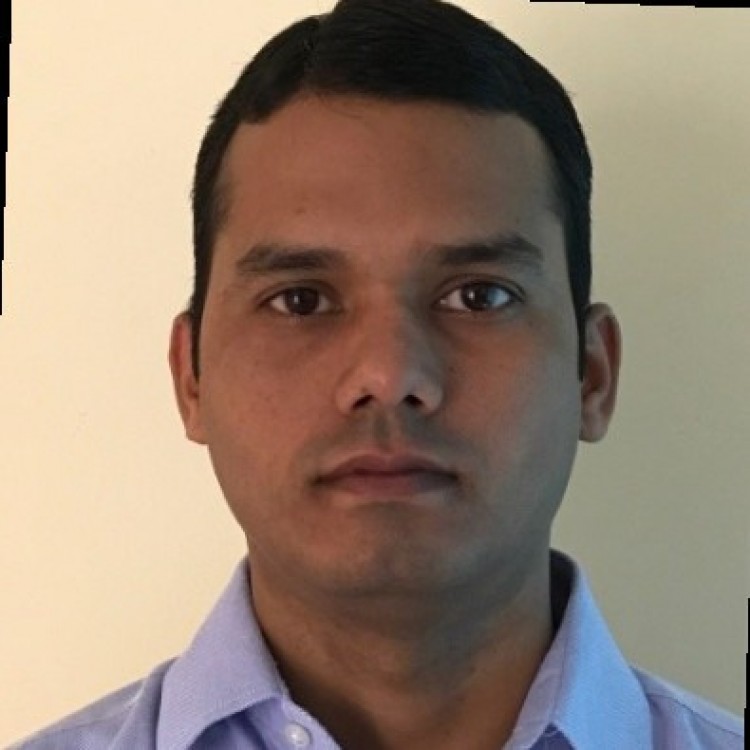 India I am an Implementation Manager with 10 years of experience in IT support services and prepaid card domain. I help acquirers and issuers to launch new content - physical and digital both. 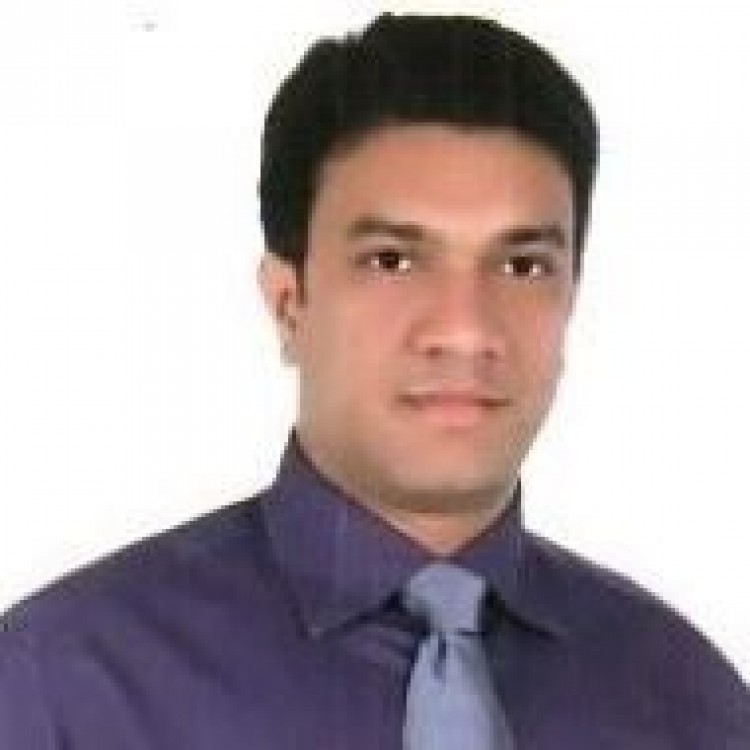 Bangladesh: Experienced Patient Financial Services with a demonstrated history of working in the hospital and healthcare industry. Skilled in Healthcare RCM, Patient financial services, Strategic Planning, Medical and insurance Billing and U. S. based Health information system knowledge. Strong Revenue Cycle professional with Administration and Management. • More than 7 years of GCC experience with the renowned Healthcare and FMCG brand. Worked as Government Employee in UAE. • Worked in different markets in UAE, Qatar and Bangladesh. 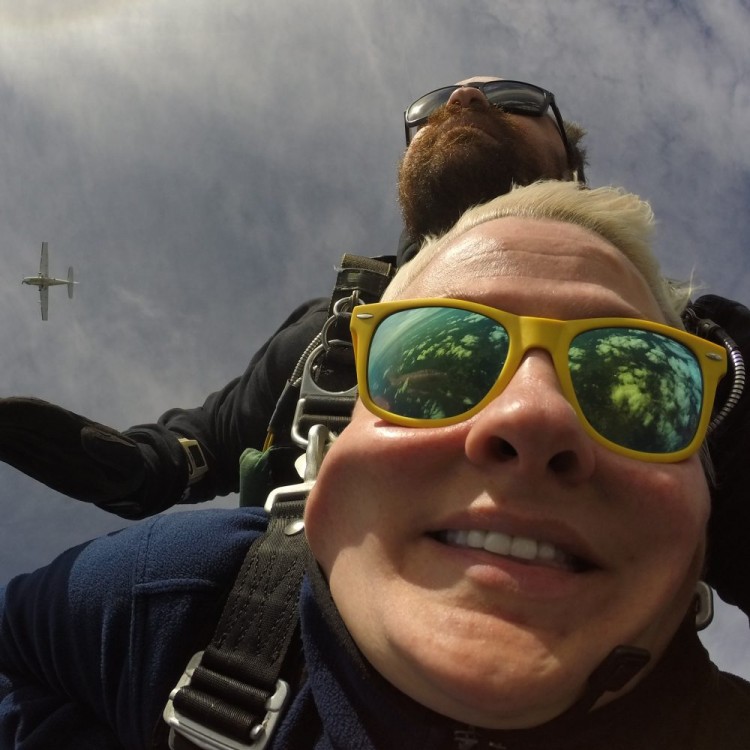